At Meaningful, we collect a lot of papers, images, posters... but also films, including documentaries, fiction, or animated films that inspire us, with a particular curiosity for films about design. Here’s a selection to enjoy during your winter evenings.

The archives of the INA are a gold mine where we can find countless  news reports on design. Among these is a short film made in 1971 about the French design exhibition organized by the Centre de Création Industrielle.

It attempts to present the public with a definition of what design is (with a touch of snobbery :-) through the productions and comments of French designers, with our own Roger Tallon commenting on his project for the Mexico City subway as an added bonus. 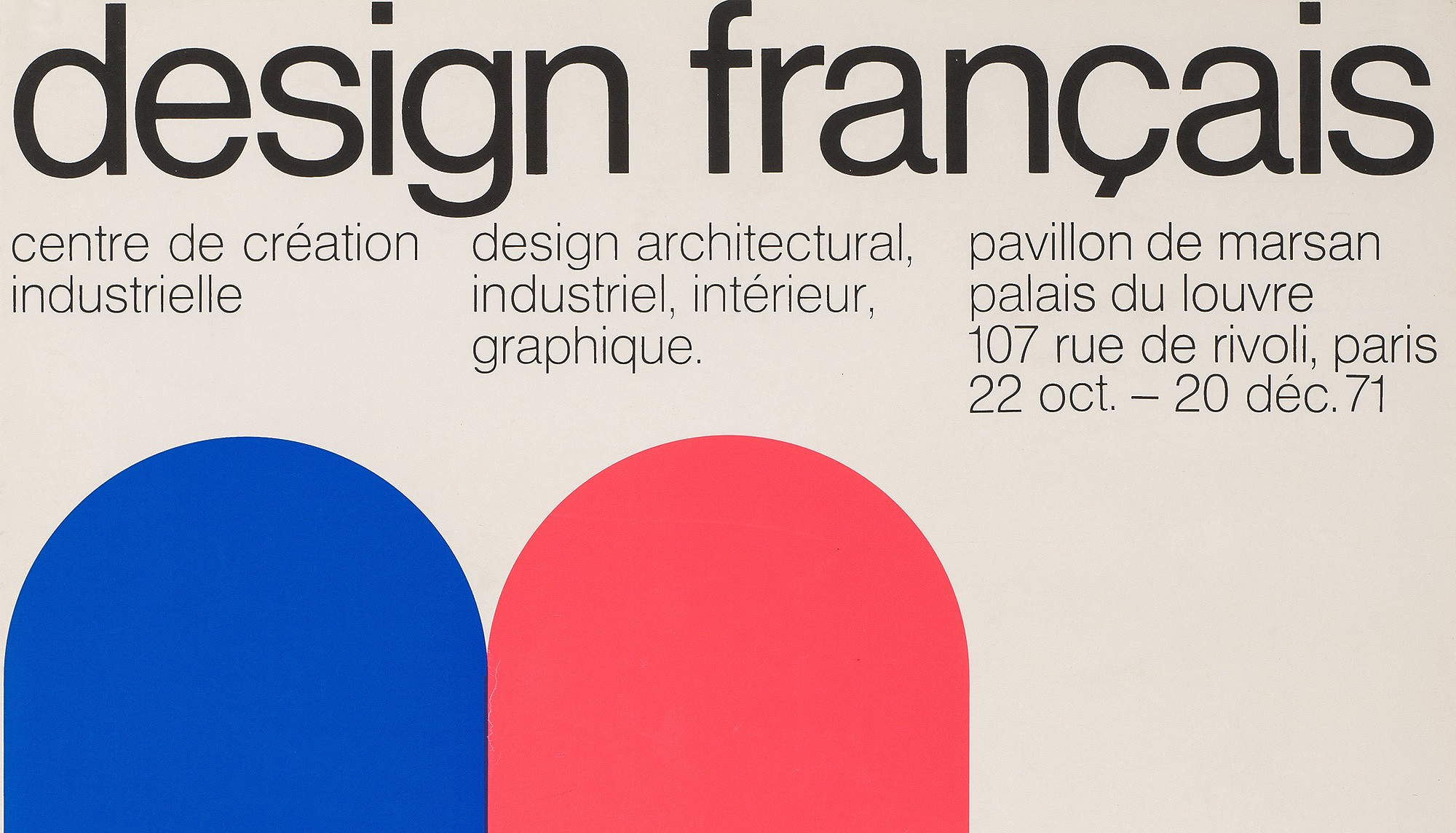 Excerpt from from a poster by Jean Widmer, 1971

design explained by objects and their creators.

Objectified is a feature-length documentary that analyzes our relationship with the manufactured objects that shape our daily lives. From toothbrushes to electronic gadgets, this film reveals the creative process at work through the voices of the designers who conceived them: Jonathan Ive (Apple), Hella Jongerius, Dieter Rams, Jane Fulton Suri (IDEO),... to name a few.

This film is the second in the Design Trilogy series. The first one (also a must-see) is “Helvetica”, dedicated to the eponymous typeface (see the trailer here). The 3rd, which is still in the works, is the documentary Urbanized.

03.EAMES: THE ARCHITECT & THE PAINTER

The Eameses, a couple uniting art and industry.

This is a documentary about Ray & Charles Eames, the legendary modernist design couple best known for their curved chairs made of bent wood or molded plastic - processes that helped democratize design and usher it towards mass production.

Eames: The Architect and the Painter, 2011 > watch the film here

Prolific creators, the Eamses were also set designers, toy designers, graphic designers, architects... and film makers! Initially conceived to communicate their work and concepts, these films quickly became a mode of expression in their own right, allowing the couple to produce and disseminate knowledge at the intersection of design, art, science and technology. This practice is notably illustrated by the film commissions by the IBM corporation.

Watch all the films produced by the Eamses on the "Eames Office" channel > here.

Below is a selection of our favorites at Meaningful:

An Introduction to Feedback, 1960

Produced for the IBM firm, this educational film uses analogies taken from everyday life to explain how information feedback works in the modern electronic computer.

The most famous film by the Eamses takes us on a journey from the infinitely small to the infinitely large; from the atom to the galaxy to visually explain the notion of the scale of the universe.

This humorous short clip describes problem solving through planning at the scale of a hostess organizing a dinner party.

Inside the intimate universe of designers.

Abstract is an 8-episode documentary series created by Netflix  featuring 8 innovative designers in a variety of disciplines. The series provides a broad overview of the different fields and industries in which designers work, from illustration with the prolific Christophe Niemann, to concept cars by Ralph Gilles (Chrysler), to graphic designs by the iconic Paula Scher (Pantagram). This documentary exquisitely immerses us in the universe of these creative thinkers through their singular way of seeing the world.

The design process at work (for a supermarket shopping cart)

This ABC Nightline report immerses us in the design practices of IDEO, through their Design Thinking approach - a practice that has become their trademark and has spread throughout all kinds of businesses worldwide. We see the Deep-Dive process applied in the creative redesign of the supermarket shopping cart. From the internal kick-off, to the observation of the uses on the field, to the brainstorming sessions, to the prototyping and the full-scale test, this news report follows the multidisciplinary IDEO team (designers, engineers, linguists, marketing experts,...) during the development of a new shopping cart solution.

06. The DESIGN collection by Arte:

The history of design through its iconic objects

The Bic pen, the Solex, the Imac, the Lego brick... through these iconic industrial objects, Arte's Design collection explores the historical, socio-cultural, technological and human dimensions of these objects that bear witness to their time. Most of them have become true cultural markers for several generations.

Thanks and see you soon on Meaningful stories! Got any other recommendations for films about design? Share them with us!

What is experience design?

What we can learn from Apple’s design strategy

Design for the "Tech for good" ! Seriously ?!

Lessons from Microsoft, the brilliant geek of Big Tech